We are delighted to offer another opportunity to photograph the National Railway Museum’s Southern Railway Schools Class 4-4-0 No.30925 Cheltenham in British Railways green livery hauling authentic Southern Region stock. Our train will be comprised of two green-liveried large parcels vans which are reasonably well-weathered, plus green coaching stock. We will run all day with this consist, finishing back at Ropley around 17.30 hours.

Our day will start at Ropley Station. Please arrive by 07.00 in time for our routine but most important safety briefing before we depart. There is ample free parking for everyone in the car park located off Bighton Hill.

We will travel by train throughout. We expect to have a short lunch break at Arlesford Station where we can either get something to eat at station cafe (opening not yet confirmed) or a very short distance away at the bakery at the end of the street.

Cheltenham carries British Railways lined green livery which occurred as a result of negotiations between TimeLine Events, the Mid-Hants Railway (where the locomotive is based) and the owners of 30925, the National Railway Museum. We would like to extend our grateful thanks to both railway organisations for their assistance in allowing this further event to take place. Cheltenham is paired with the smaller tender which gives us a truly authentic recreation of a Schools Class as working in traffic in the early 1960s.

Cheltenham was built in 1934 for the Southern Railway, one of forty members of the class which proved the most powerful 4-4-0 design to run in Britain. All were named after English public schools. Withdrawal began in January 1961 and as Southern Region electrification advanced apace, all were gone by December 1962. Three members of the class have been preserved, the others being 926 Repton and 928 Stowe, the latter recording a speed of 95mph on one occasion in 1938. Cheltenham is nearing the end of its current boiler certificate, so we must make the most of the opportunities to use it while we can.

There are some great authentic photographic opportunities at the Mid-Hants Railway and we hope you will wish to join us for what promises to be another excellent event. 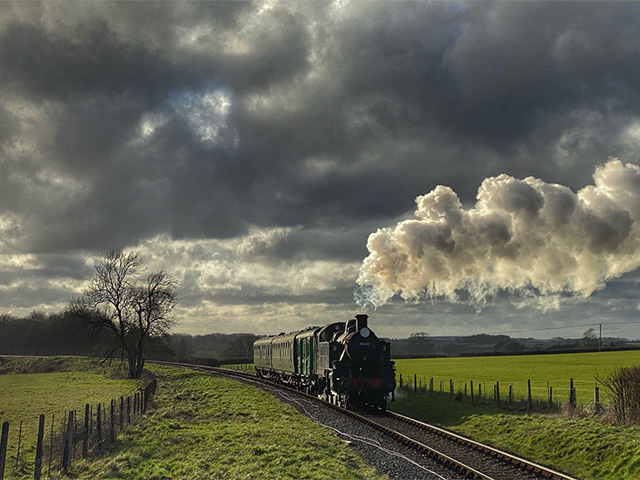