We are delighted to be able to offer another of our ever-popular evening events at the Lincolnshire Aviation Heritage Centre, East Kirkby.

For this event, we have the privilege of photographing not one icon of the air, but two. Lancaster Just Jane will be featuring with an evening engine run, but will be partnered for this event earlier in the session by ‘Wooden Wonder’ Mosquito HJ711 which we can photograph taxiing before sunset.


There is something magical about a Lancaster Bomber at night, especially when 4 Merlin Engines are fired up, so having the opportunity to photograph two icons together after dark will be pure perfection!

Our event will start at 17.30 with cameo scenes reminiscent of those dark days of WWII, scenes only made possible due to the help of our re-enactor friends that are meticulous about the uniforms and kit. At around 19.00 we will be treated to our first live action when the Mosquito will take to the grass to offer you some wonderful photographic opportunities as she taxi unhindered to the delight of the cameras. Then as the Sun starts to set we will be treated to the sight of those Merlin's being fired up one by one before we experience our engine run with Lancaster Just Jane in time for the 'blue hour'.

Calming things down again and as the evening draws in our lights will bring a different dimension to the scenes of the ground crews loading bombs ready for the young airman to take over and prepare our plane for her next night mission.

In addition to the iconic Lancaster and Mosquito we will have a supporting cast of bombs, trolley's and other WWII trucks from the Museum's wonderful collection and of course the ever faithful support of a cast of RAF Bomber Command re-enactors.

The de Havilland Mosquito has its origins in the 1930s. It was a fast two-seat unarmed bomber and reconnaissance aircraft constructed from wood. It was gradually developed for different types of use, so much so that there were eventually some 43 different Marks and 7,781 examples constructed. The original DH.98 design was built at Salisbury Hall in Hertfordshire where the prototype returned in 1959 as the first exhibit at the de Havilland Aircraft Museum. It has been restored thanks partly to a substantial Heritage Lottery Fund grant, and is on display alongside two other Mosquito aircraft.

The design was initially presented to the Air Ministry in September 1938, though it was not immediately accepted as the Ministry wanted to incorporate defensive machine gun and torpedo-carrying capabilities into the aircraft, while de Havilland felt they already had the optimum specification and resisted the suggested changes. De Havilland’s view prevailed and on 12th December 1939 the prototype was commissioned, though for a photographic reconnaissance role only as the Air Ministry still did not like the concept of an unarmed bomber. It had a maximum speed of 397 miles per hour at 23,700 feet and was powered by Merlin engines. Due to priority being given to other types of aircraft, including Tiger Moth Trainers, it was November 1940 before the Mosquito took to the air at 3.45pm on 25th November of that year; a subsequent demonstration to government ministers on 29th December resulted in the first production run of 150 being authorised; a star was born.

The Mosquito preserved at East Kirkby is privately owned by Tony Agar and is the only surviving example of this variant in the world. HJ711 has a maximum speed of 415 miles per hour at 28,000 feet with a range of 1300 miles. Parts have been sourced from the farthest corners of the world in order to lovingly rebuild the aircraft to the magnificent restoration that we see today, now at the stage of being in ground running order. Achieved over several decades, it is a story of dedication and tenacity which only amplifies the achievement of Tony in bringing the Mosquito to the superb condition that we see today.

Our event starts at 17.30 and will run until 22.00 hours. Cost is slightly higher than usual due to our using two aircraft with the associated increased fuel usage. We will be using the Mosquito during daylight hours and then, as dusk and darkness falls, the formidable engines of the Lancaster will burst into life for an engine run to bring our exciting evening to a fitting finale. Places are sure to be at a premium so please book early to avoid disappointment.
Included in your event ticket will be access to the Museum from mid morning.

The Museum Cafe will be open for hot food, snacks and drinks until around 20.00. 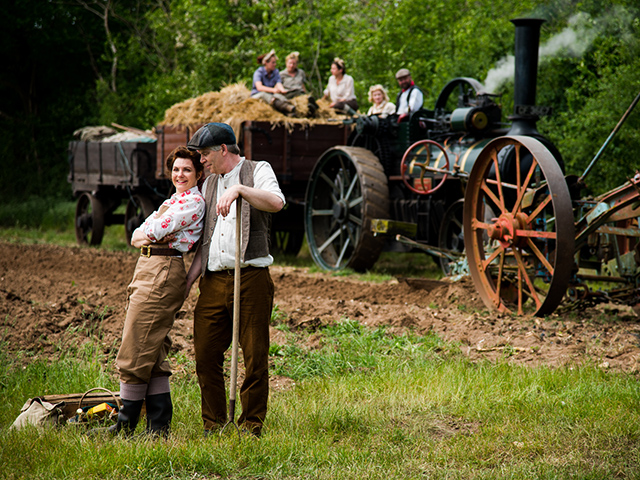