With grateful thanks to the owners of No.73156, the Bolton Steam Locomotive Company Limited, and our hosts the Great Central Railway, we are delighted to offer an unusual opportunity to photograph a steam-hauled tanker train similar to those seen in the 1950s with a consist comprising a barrier van next to the locomotive, followed by up to seven tank wagons (depending on how many are passed fit to run in April) and with a brake van at the rear. We think this is the very first time a tanker consist of this length has been put together in preservation, so we can offer something completely different for these two days of charters.

Numbers on this charter will be limited to 25 photographers only. This is because, if we still need to observe an element of social distancing, we want to ensure the wellbeing of our participants which has to be our prime concern. Though we hope to be through the worst of the Covid-19 situation by then, if there is any lingering virus concern then following by car will be an added advantage. We will start the day from Swithland so please drive direct to Swithland - there is some parking within the yard and plenty more at the roadside, though please park sensibly as this is a busy road. We will have our very important safety briefing prior to photography getting under way.

We hope you will wish to join us for what promises to be a great day of steam action utilising a most unusual train formation and which is bound to be extremely popular.
Currently all of our events will run in line with our Covid-19 policy that follows government guidelines. You can find our Covid-19 policy information page here.
Images are for illustration purposes 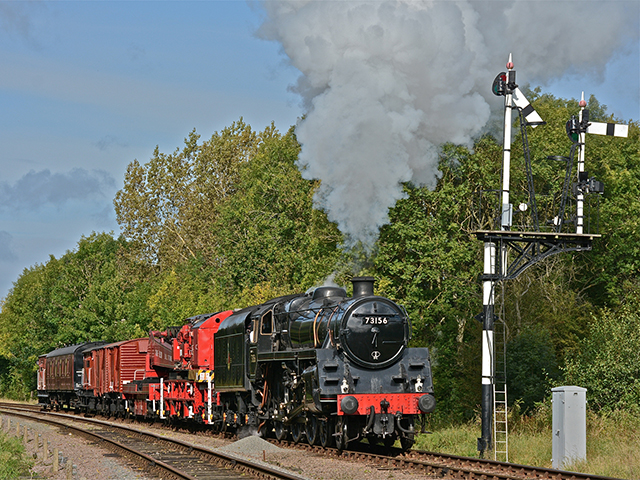