We are delighted to offer you our first photographic evening featuring the recently-restored No.4079 Pendennis Castle. Our event will begin at around 17.30 hours and run until approximately 22.30. This will give us the opportunity for Summer evening glint shots on shed as well as ‘blue hour’ pictures at dusk. We will arrange for at least one other appropriate GWR locomotive to appear for photography alongside 4079 and, rest assured, there are plenty of suitable candidates available!

Pendennis Castle is a member of the 4073 Class of locomotives and is one of the first ten Great Western ‘Castles’ to be built at Swindon Works from where it emerged in early March 1924. The following year 4079 was loaned to the London and North Eastern Railway for comparison trials with the LNER’s A1 Class Pacifics; the Castle performed favourably in terms of both power and efficiency, hauling 16-coach loads on the East Coast Main Line working out of London’s Kings Cross station. After this, it was displayed at the British Empire Exhibition at Wembley in London along with ‘A1’ Class Flying Scotsman - a notice displayed next to 4079 proclaimed it to be the most powerful passenger express locomotive in the country. The two appeared together again in 1989 in the unlikely setting of Perth in Australia as part of that country’s bi-centennial celebrations.

The locomotive is named after an artillery fort built by Henry VIII (though not personally!) between 1540 and 1542. It is located near Falmouth In Cornwall and was originally built as a defence against the threat of invasion from the French army and from the Holy Roman Empire. Over the years through various conflicts the castle’s armaments were updated so that it was still in use throughout the Second World War, not being formerly decommissioned until 1956. It passed to the Ministry of Works and is today managed as a tourist attraction by English Heritage.

Back on GWR territory, 4079 was based at Old Oak Common to work services from London Paddington to South Wales and the West Country. After the Second World War, depots included Hereford, Gloucester, Stafford Road, Taunton, Swindon, Bristol Bath Road and finally Bristol St Philip’s Marsh from November 1963 and from where 4079 was withdrawn in May 1964. Pendennis Castle was purchased for private preservation from British Railways Western Region and was based at several locations including Southall and Carnforth before being sold to the Hammersley Iron company of Western Australia. After working part of the Great Western Envoy rail tour from Birmingham to Didcot, the locomotive emigrated in 1977 for use by the Pibara Railways Historical Society on excursion trains, being transferred from Avonmouth Docks to Sydney, Australia. The Castle, renamed River Fe (River of Iron), worked ‘Down Under’ until October 1994 when it was found to need extensive and expensive boiler repairs and was put into storage. The parent company of Hammersley Iron, Rio Tinto, generously arranged to donate 4079 to the Great Western Society in 1999 and the locomotive arrived back in the United Kingdom via Perth and Avonmouth in 2000. The Society began what would be a lengthy overhaul to working condition in 2005, and No.4079 has now steamed again prior to official recommissioning later this year.

This is bound to be a popular event, so please book early; we look forward to seeing you at Didcot in June to see this historic globe-trotting locomotive in steam on shed at the most authentic of all Great Western settings. 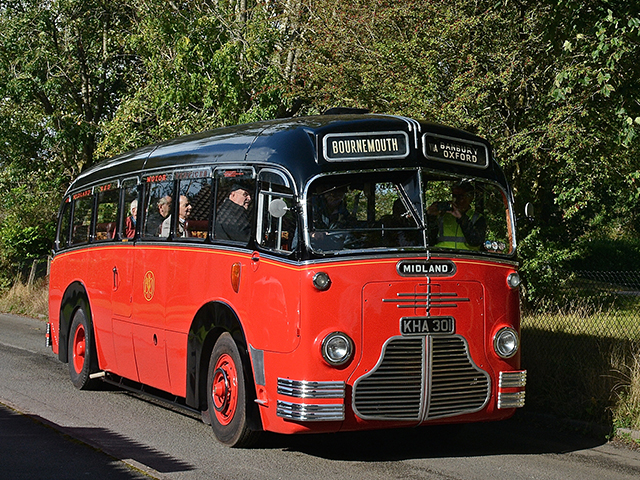