We are delighted to have been offered a day of rural photography featuring no fewer than three vintage single-decker Midland Red vehicles, two dating from the 1940s and a third from the late 1950s. This is an extremely rare chance to see the only two preserved C1 Midland Red coaches in action together, joined by a 1959 C5 coach, which would have been seen both on express motorway services and deputising on local routes when other buses were not available.

The C1 coaches dated from 1948, when No.3300 emerged as the first of what would number 45 vehicles of that type. They were the first post-war coaches introduced by the Birmingham and Midland Motor Omnibus Company with Duple bodywork to a BMMO design, based on the S6 bus and built at Midland Red’s Carlyle Works in Birmingham. Although introduced in the 1940s and being superseded by further designs over the next decade, the C1s proved remarkably long-lived, being retained as smaller tour buses well into the 1960s with a few continuing their active lives even longer as dual-control driver training vehicles.

Our first C1 is No.3301 (KHA 301) which completed a lengthy overhaul in 2021 and is in absolutely immaculate condition. This coach was new in November 1948 and worked in service until 1963, at which point it received a new seating arrangement prior to an extended period based at the Company’s Bearwood Depot (now an Aldi supermarket) as the Midland Red orchestra coach, a role it performed for eight years until early 1971. Upon withdrawal, KHA 301 passed to the 3301 Preservation Group who have made a superb job of returning it to the road after a long spell out of traffic.

Our second beautifully-restored C1 is No.3311 (KHA 311) which was new to the Midland Red fleet in March 1949. It worked until April 1962 when it was converted to become a driver training vehicle based at Bearwood Depot. The coach worked out of various other depots including Leamington Spa and Worcester before returning to Bearwood for its final three years of service and from where it was retired in 1975. KHA 311 passed to Arnold of Brierley Hill for use as a hospitality vehicle in 1977 before entering private preservation in 1980.

Our third vehicle is a slightly more modern C5 coach with a C39F body, No.4780 (780 GHA) which was completed in March 1959 and entered service the following month. These were speedy vehicles and the turbocharged CM5Ts were, in their day, capable of speeds in excess of 80mph given half a chance (which they sometimes were!). They were Britain’s first specially-designed motorway coaches, with tyres developed by Dunlop to withstand high speed motorway work. It’s probably worth reminding ourselves that initially motorways had no maximum speed limits, with 70mph (112kph) as an upper limit only being trialled amidst great unpopularity on a temporary basis from 22nd December 1965 before being permanently adopted from 1967. After withdrawal in January 1971, 4780 passed into the ownership of Plevey Motor Services based in Dudley in the Black Country and was used as a mobile caravan. The coach was privately purchased for preservation in 1998 and since 2004 has been with its current owner who has fully restored the vehicle to its present immaculate condition.

Our day will start and finish at The Valley Country Park just outside Evesham, which is located at the northern end of the A46 Evesham bypass. There is free parking and, for those bringing their wives, partners or significant others, there is plenty of scope for shopping at the variety of retail outlets on site, along with a restaurant. We are aiming for an 09.15 meeting for an 09.45 departure time; we will be back at base by 18.00 hours. Rather than one long lunch break, we are planning a couple of shorter stops for refreshments during the day.

Grateful thanks goes to the owners of all three vehicles for their help and co-operation in bringing this event to fruition. The cost is slightly more than for other vintage transport events, but hopefully having three such excellent vehicles available to us will make up for the additional monies needed to cover them. We look forward to seeing you in Worcestershire for what we hope will be a memorable day of photography. 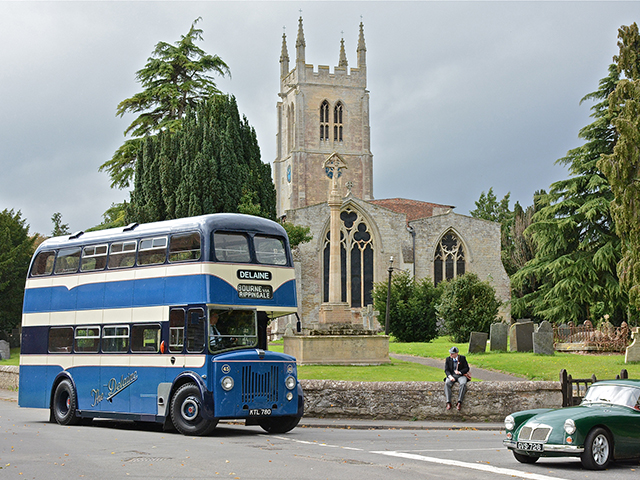 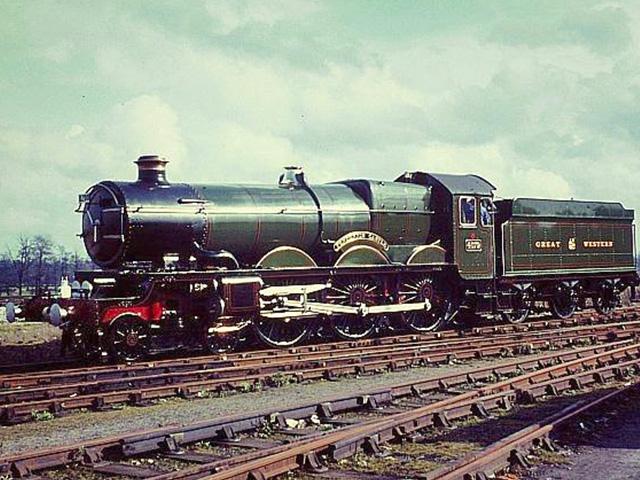