If you love being out on the water capturing history then this session of photography is just what you need! An afternoon on the Solent chasing F8, a lovely landing craft used in the Falklands war which has just been freshly painted.

Foxtrot Eight was a landing craft which helped Royal Marines liberate the Falklands 40 years ago, and what better time to photograph her than in the 40th anniversary year of the Falklands Island conflict.  F8 was one of four smaller landing craft used by Portsmouth-based assault ship HMS Fearless to ferry commandos and their equipment ashore at San Carlos in May 1982. She has just undergone a fresh and new coating of the camouflage scheme used in the Falklands so will be showing off her new colours for us out on the waves.
Our afternoon with F8 will see us leave Portsmouth Historic Dockyard at 10.00 and shadow her out of the Harbour and into open water. Once clear of the speed restrictions hold on as we will push out toward the famous Solent Forts where we will really see this icon of British Engineering push your photography skills. Not afraid of her and what she can achieve her skipper Richard will show you just why this beautiful boat was loved by so many sailors during WWII. Our session will see us return to the Dockyard around 13.00.

No WWII scene would be complete without correctly attired personnel, this being no exception; aboard F8 to complete the storyboard will be 2 or 3 Navy personal, as would have been seen when she was in every day Naval use.

Our photo boat for the trip is Anchorman, which offers the perfect platform for photography, with its large flat rear deck. It also has the capability of keeping up with F8 with a top speed of 28 knots.

This event will be limited to 11 photographers due to insurance, hence the price being slightly higher than our usual pricing policy. 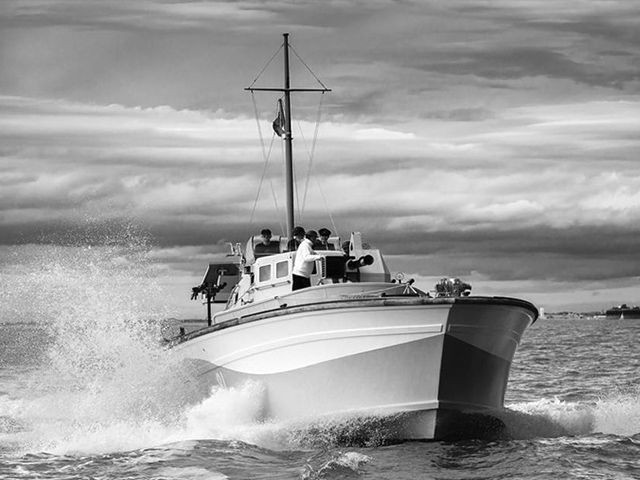 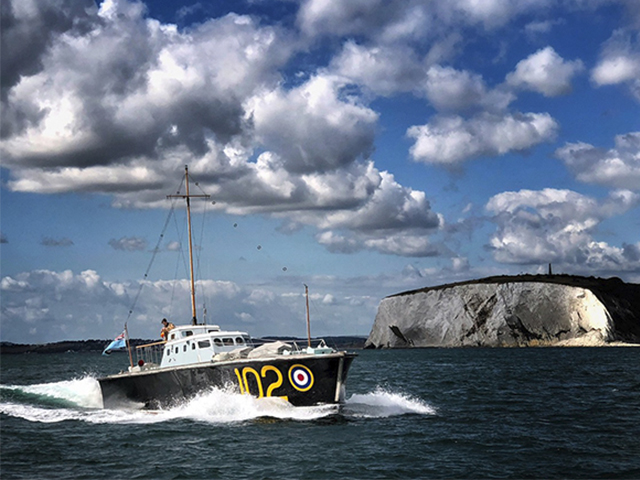